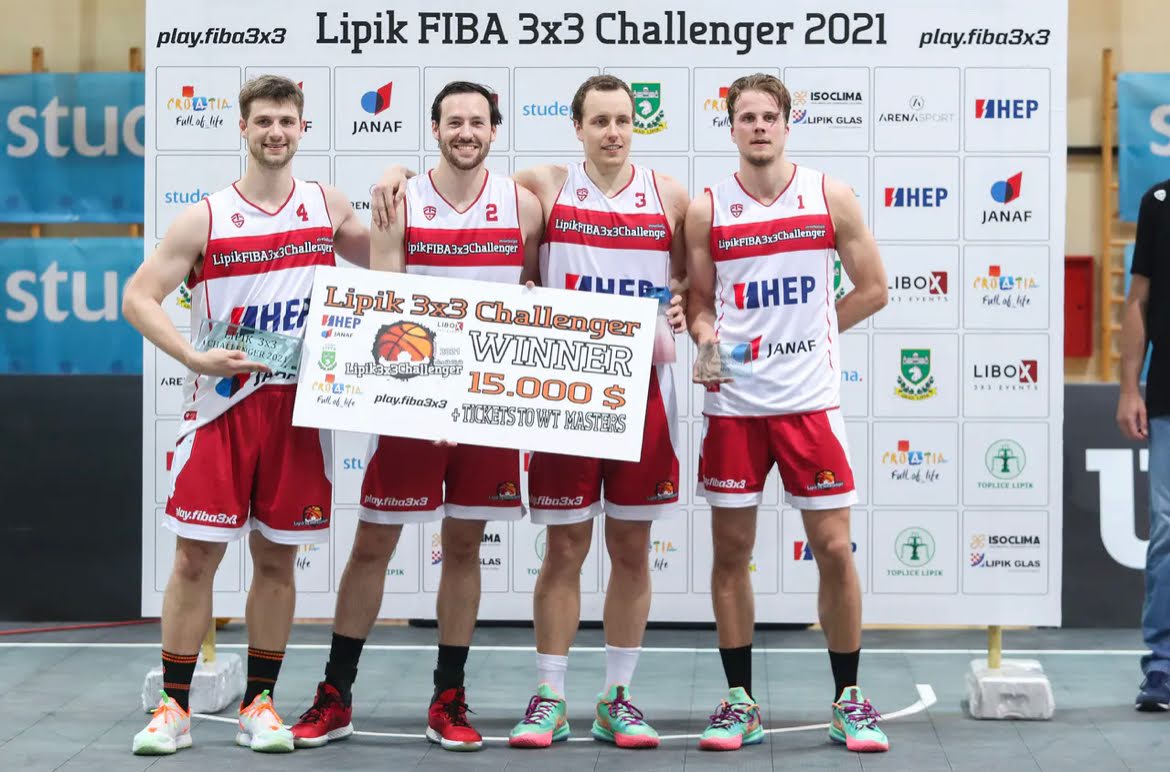 LIPIK (Croatia) - The 3x3 Challengers are back and they didn’t disappoint.

Over two days in Lipik, Croatia, new faces took over as Antwerp (BEL) won their first-ever challenger after defeating San Juan (PUR), 20-18 in the final.

The 26th ranked team in the Team ranking, Antwerp, was led by Thibaut Vervoort who scored 44 points over five games and was named MVP. He also was the leader in P-VAL (43.2) and S-VAL (31.7), while hitting 17 two-pointers.

It was a Challenger full of surprises that only 3x3 can produce.

One question for all 3x3 Men's Teams at Tokyo Olympics

Debrecen heroes back to represent Belgium at 3x3 Olympic event

Can Team Antwerp gain momentum in the Lithuanian Elite Tour?

Read more
You can also find us on